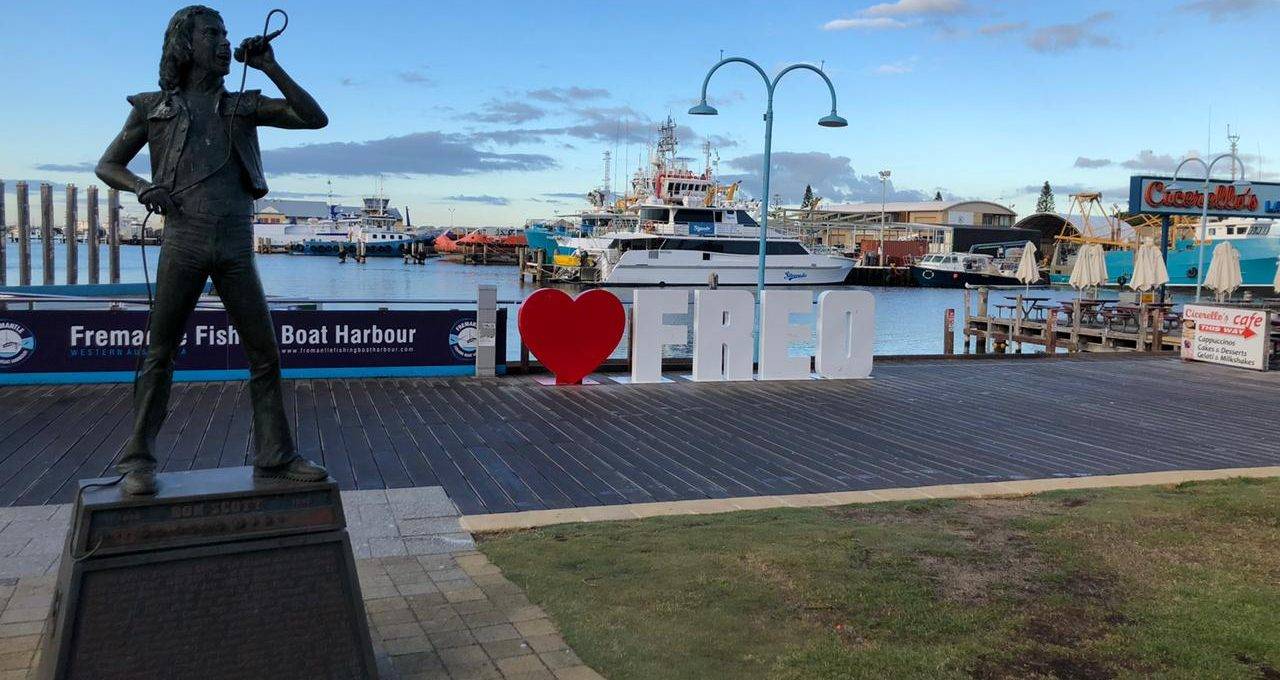 Twice I have visited Perth and twice I have stayed in Fremantle. It has got everything any travel enthusiast would want to indulge in: good food, culture, history, nature, in whatever order you like. Last October was my second time in the city. We were invited to a friend’s wedding reception and since Australia is so far away from Mongolia, we decided to make a holiday trip out of it. This second time around we had more time to explore and were pleasantly surprised at the number of things to do in Fremantle. We enjoyed local bites (especially seafood!) and explored its streets full of neat, artsy shops and colonial architecture. Of course, we also had time for some good, old staples like Rottnest Island and the Fremantle Market. I feel this time I was travelling slow, sipping in every moment like a hot cup of green tea. Very conscious of what I saw and what I experienced. Paying attention to what felt special. So here are my 5 things you can’t miss in Freo!

How long are you planning on staying in Fremantle? If it’s more than a day, you definitely have to do a day trip to Rottnest Island. It’s the top activity on the list of things to do in Fremantle. The Island is pretty much a vacation spot, and you will love it because it is a beautiful location and because it’s the only place where you can see quokkas! Quokkas are the only marsupial endemic to Rottnest Island. They don’t exist anywhere else in Australia, but apparently they have a cousin in South Australia. People come to the island just the get the Instagram famous #quokkaselfie. If you visit for a day, you will probably only have time to go to some interesting lookouts on the island and pursue your quokka selfie mission. But if you stay longer (highly recommend if you can) you can also learn about the Island and its connection to history at the museum and explore lesser-known spots.

Although it took me a while to find this place, it was indeed a great find and my personal hidden gem. They offer city walking tours and a series of workshops to learn more about the Noongar people, the traditional owners of the region. The centre is run as part of a government initiative to promote and teach about local indigenous culture. Although I haven’t had the chance to participate in any of the workshops, I did join a walking tour. There is not much inside the centre to explore, just a few indigenous artefacts and some paintings; however, I highly recommend you get in touch with them and find out if there are any activities you can participate in since their programs don’t run every day. This should be on your list of things to do in Fremantle if you want to learn about indigenous culture.

I should also mention that if you are considering buying some aboriginal artwork, check what they have on display. They do not apply the fee that art galleries put on the artwork that they exhibit, so it may be a better deal for you. It definitely is for the artists.

The Swan River Colony was established in 1829 in what we know today as Fremantle. Even though it started off as a free colony its destiny changed in 1842 as it became a penal colony. There are many things to do in Fremantle related to colonial history, so take your pick. Immerse yourself into colonial architecture as you walk along Historic Cliff Street. Some of the colonial buildings in Freo were built by convicts, like the old Fremantle prison or the Lunatic Asylum (now an arts centre). I highly recommend you join the prison night tour (I did that tour on my first visit to Perth). It’s interesting and creepy in equal measure, and I think it is comparable to my visit to Alcatraz minus the views of San Francisco.

Another aspect of the historic part of the city is its role as a port since the beginning of its foundation. If you are interested in nautical paraphernalia, Freo has plenty to offer. I myself am not very interested in it, but I thought I would mention it since you might like it. 😉

By the way, there is a bus service called CAT with two lines and it is free, so there is no excuse not to visit different landmarks.

Did you know I used to live in Australia?
I never posted any travel-related posts of my time in the country but I wrote a small essay reflecting on my experience down under. Click here to read it.

One of the charming aspects of Fremantle is the little independent shops that sell all sorts of items made by local artists. From paintings to jewellery, you can find about anything in a wide range of prices. While cruising the streets of the city centre, I noticed there was a campaign to promote local shops and artists, explaining their current situation. The truth is most artists struggle to live off of their art. Unfortunately, being an accomplished artist doesn’t mean high sales.

This campaign made me ponder the cost of souvenirs and mementoes. We are so used to buying cheap crap that we have forgotten the true value of things. Sure thing, hand-made pieces are more expensive than factory-produced goods. But think about the extra time, effort, love and care to produce a one-of-a-kind art piece. All that forms part of its value, don’t you think? If you can’t afford a 50 dollar hand-painted scarf, turn your head towards the 5$ watercolour postcard. I believe that would be more special than your standard made in China magnet.

Wherever I go I try to eat wholesome, natural and locally grown produce, and Fremantle excels at that. I was quite impressed by how many businesses pride themselves in offering local, organic and artisan products. A simple search on the web will give you a list of farm-to-table restaurants and cafes who will offer you tasty and healthy foods made with honest ingredients. Even just a walk around and you will see independent grocery shops with signs of their local produce. Furthermore, a lot of businesses take an active role in the green economy by implementing environmentally friendly strategies within the business. The fact that a whole city is attuned with these values is simply amazing.

There are many more things to do in Fremantle, so check out their official online travel guide and explore what this city has to offer. I am sure you will find the perfect fit for you.

On your next trip to Fremantle, what are you looking forward to doing?
Is there anything that you would totally do and it’s not on the list?
Let me know in the comment section below!